Did You Really Think I Bought All Of These Plants?

Let’s back up a bit here. For those who believe that only sweet and tender prose emanates from these chlorophyll stained fingertips, stop reading right now and move on to your next blog post reading. Or read some of our older ones, but not this one. Because the hackles are up.

Travel back in time with me to the year 2000. We had just moved back to Tennessee from Texas and we were thick into the renovation of the main house. Many workmen had come and gone, doing different stages of the process of doubling the square footage and redoing the wiring, plumbing, knocking down walls, etc. During this period we were living in the house, or trying to, then purchased the house next door and moved into that for the rest of the time. This was over a period of several months. Every day I would work in the garden while the workman were in and on the house. Most of them commented on the garden. It was still in its infancy, but lots had been planted for we brought a Noah’s Ark of plants with us in the gas guzzler from Texas. Some plants were already growing here, for we had owned the house for four years before we moved back while our daughters, Chickenpoet and Semi lived in it while attending college. All of the original plantings had to be moved for the reno. There was constant gardening being done. And yes, we did buy some things. But one workman in particular commented nearly everyday about the number of plants growing in our gardens. He said that he was glad he wasn’t married to me because I would spend all his money on plants. Well.

Now let us move forward in the time machine to present day. Last month we took a trip to North Carolina for a few days. While we were gone the weather went from pleasant to frigid. Upon returning, it was noted that the house was quite cold. The thermostat was changed from cool to heat and the temp set to warm the house. Nothing happened. The heater was not working. A call was made to the local heat and air service center and men came out to the house. When they were greeted at the door by a bundled up resident, they went on and on about the gardens in front. They liked the stone on the walls and we discussed its provenance, the nearby mountain rock yard. But what caught their eyes was the muhly grass along the driveway, shown in all its glory in the opening photo. Muhlenbergia capillaris was and still is quite showy. I told them the name of the plant, then mentioned that the planting probably contained at least fifty plants, if not more. Their jaws dropped and they had scowling expressions but said nothing. The heater was fixed, it just needed a slight adjustment, and they went on their way to the next heatless person.

I know what they were thinking though. They were seeing dollar signs in a huge bonfire going up in smoke. They were thinking how they never want to bring their wives by our house to see the pink cotton candy grass, for they would surely want the same look for their own property. In fact, many workmen, and even the paper delivery woman do bring their relatives by our house to show them the garden. And all they can see is the front. The big show is in the back, behind the house, away from the public. I am not comfortable working out front, where strangers can see me, and really do little out there.

Now comes the rant. Leave now, you have been warned. First we will address the workman from 2000. There are so many reasons why you would never be married to me that I won’t even begin to legitimize your statement with an answer. But I would not have spent all of your money, or my own, or anybody else’s on plants. My next door neighbor in Texas, we shared a hedge between our side by side driveways, referred to me as “She who is easily annoyed”. (I miss you Jerry!) It was sort of a joke. But the idea that I would have bought every single one of the plants growing here is absurd and I am quite annoyed that anyone would think such a thing. If we had that kind of cash we would not be living in this house. Well maybe we would, but we would also own several other places. One at the beach, one in the mountains…let us not go off on that tangent. Suffice it to say, we cannot afford to purchase thousands of plants. And yet the garden is full to the brim with many thousands of them. Just the muhly planting by the driveway is loaded with over a thousand dollars worth of plants if purchased in little tiny pots online. But, and we gardeners know what the punchline here is, the muhly plantings began as two plants purchased at a big box store not that many years ago. It is the same story for nearly all the perennials. Admittedly, some trees and shrubs have been purchased, but they were one gallon sized and very reasonably priced. The Chamaecyparis cultivars scattered about were eight dollars apiece. Some things were passalongs from friends and family. Mae and Mickey from down the street have given me uncountable tree seedlings and shrubs they grew from cuttings and suckers. It’s what gardeners do. There is another source for plants that is very cheap, if not free. 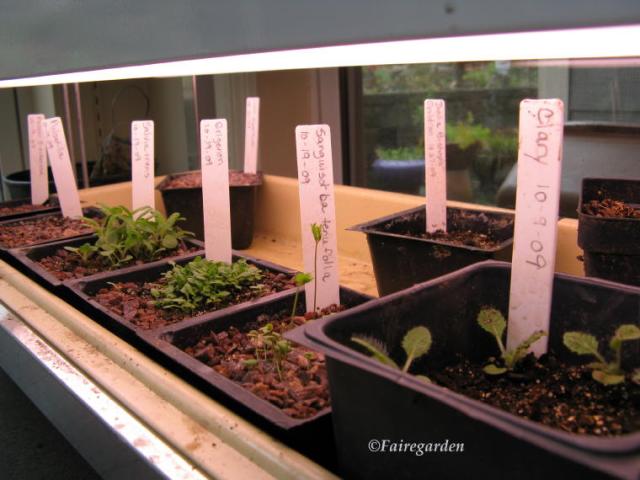 Have you never heard of seeds? It is not just vegetables that can be grown from seeds. Of course saved seeds are cheaper, but even buying seeds locally or online gives plantings that would be quite expensive if purchased as fully grown plants. What began as collecting one of everything has now developed into wanting mass plantings of everything. How to fund such an endeavor? Besides division, and not all plants can be divided, seeds are the cheapest way to have a bunch of anything. Normally we begin having fun with seeds in the greenhouse/sunroom after the holidays are over when there is a huge letdown after all that family fun. Fooling with seed starting keeps us occupied on those days when it is too cold or wet to be outside. Last year we bought grow lights and heat mats and what a difference those made in the germination rate. There was the little detail of starting the seeds too soon and running out of room before they could be planted safely outside. This year will be different. We are not starting anything inside that can be grown out of doors after the last frost date, mid to late April. We are not going to start tomatoes or any other veggies that can be purchased locally. We are only going to start those plants that we want to have mass plantings of and cannot be purchased or divided…

…Like Dahlia ‘Bishop’s Children’. More than two dozen of them. 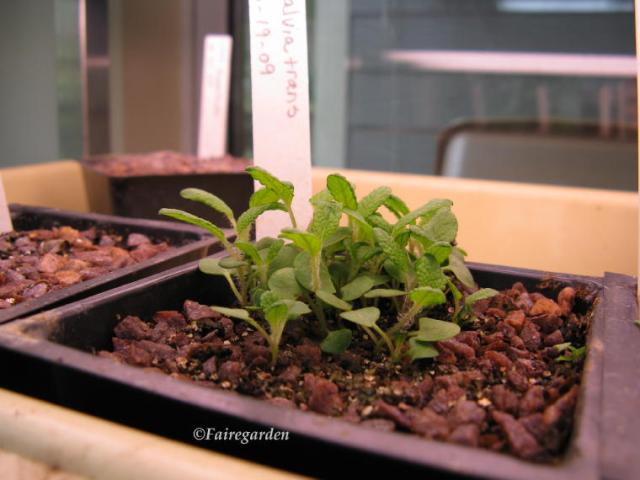 Or Salvia transylvanica. Another two dozen. It seemed a good idea to start the seeds while the temps were still mild outside and the greenhouse was quite warm. Several of the packets, those shown, germinated quickly without using the heat mats. They will be grown on under the lights until spring and be properly hardened off then before going into the ground.

Seeds sown in pots outside in early fall from our own crosses of daylilies will winter over in the vacationland greenhouse to speed up the time to flower, it is hoped. We have to decide whether to repot these singly or leave them as is and seperate them in the garden next spring.

We brought this ornamental pepper plant to winter over to be planted out in the garden next year. Lucky thing, for babies started springing up from the base as soon as it came inside. Another mass planting without even having to start the seeds ourselves on this one. 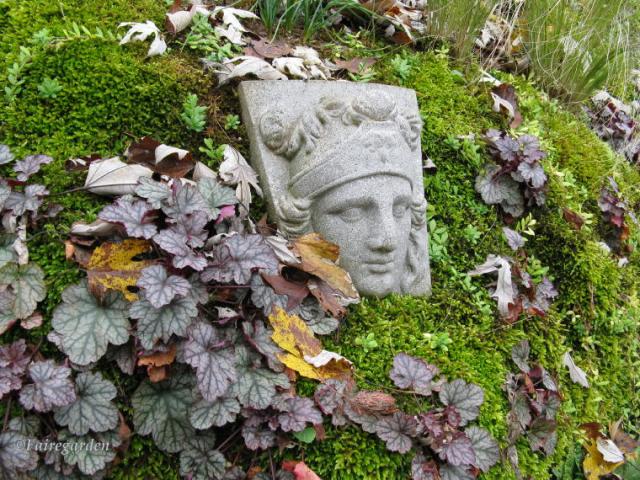 Here’s the point being made with this tirade, a garden does not happen instantly, nor does it remain static. Growth happens. That’s the idea. While some people want immediate gratification and can afford to have a beautiful landscape installed by professionals, I don’t consider that gardening. Many make a comfortable living doing artfully crafted hardscape and plantings, and even maintaining those plantings. I am all for it. But that is not what my garden is. I want to do it myself, and that means seeds, divisions and dirty hands, but not a small fortune necessary to surround oneself with growing things that give great joy every single day of our lives.

The Heuchera ‘Silver Scrolls’ is divided as soon as new plants become available to fill in around Athena at the corner of the daylily hill. It began as one small plant purchased at the big box.

Thanks for putting up with that, Whew! I feel much better now.

And to you, Mr. Brock, I would not have married you even if you looked like Johnny Depp, which you don’t, with that skinflint attitude.

This entry was posted in Musings, Rants, Seeds, Tightwad gardening. Bookmark the permalink.

59 Responses to Did You Really Think I Bought All Of These Plants?