All I can say is thank goodness dear Carol of May Dreams allows indoor plants to be featured on Bloom Day, the fifteenth of each month that is set aside to feature what is blooming in our gardens the whole year around. Normally the pickings are better in southeast Tennessee than this December.

But 2010 has seen a one-two punch combination from the Snow Queen and Old Man Winter, before it even is actually winter on the calender. Now, the pickings are slim and none. 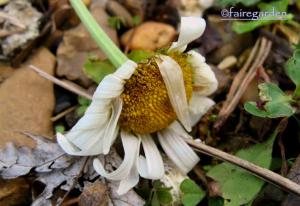 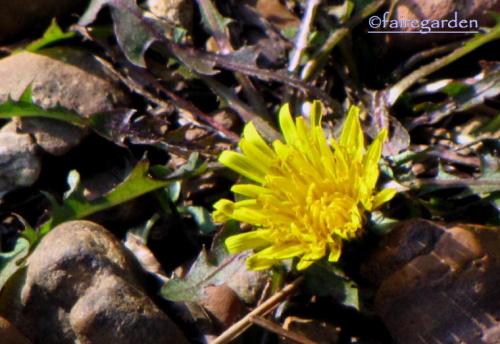 It is just sad when the best you’ve got to show is a dandelion, a drippy daisy and a crinkled up Gaillardia. 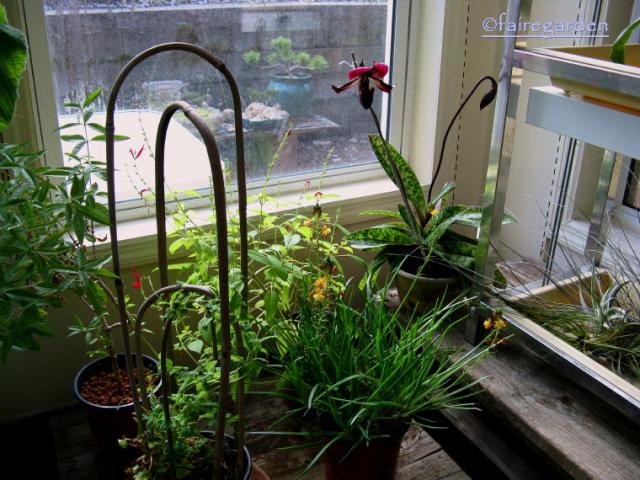 That is why we take the camera for bloom day, and ourselves every day for the plant fix, into the sunny but cool sunroom/greenhouse. 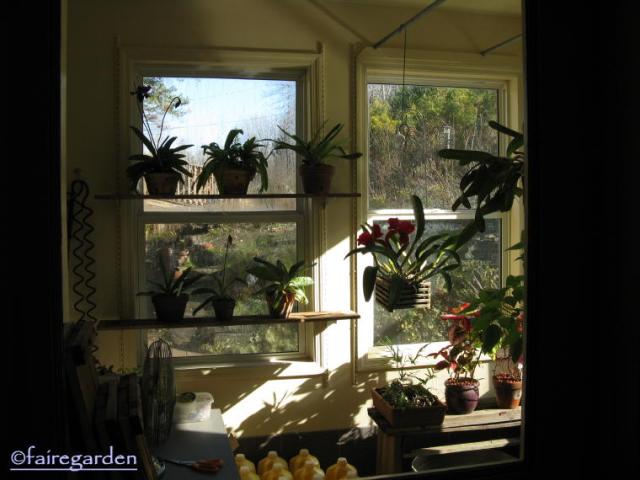 When the renovations began on the main house in 2000, my drawings included a dedicated space at the southeast corner that would have two skylights, a sink with hot and cold running water and a tiled floor with a drain. As many windows as could be fit in, two on each outside wall and one on the wall that creates the vestibule by the back door give enough light in winter when the silver maple nearby is naked of the shade giving leaves allowing maximum candlepower. It is enough power to energize the orchids and other tenders brought inside the space for the winter into blooming on cue, during those same cold months. The Bulbine frutescens at the bottom left and the Salvia elegans ‘Golden Delicious’ on the right, are tender perennials that have been saved to populate the summer garden in 2011 through cuttings and divisions. The Bloom Day flowers are gravy. 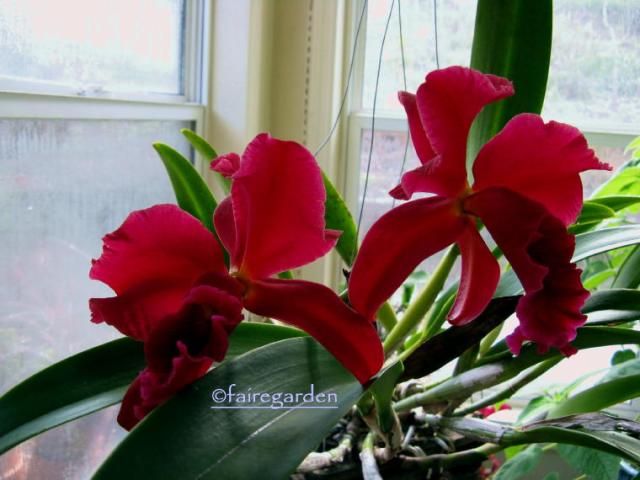 Although the pink muhly grass, Muhlenbergia capillaris is still faire to middlin’.

This entry was posted in Garden Bloggers Bloom Days. Bookmark the permalink.