There are creatures of various sorts that visit the Fairegarden.

But one has to get close to really see them.

Really close, and it is best to get into a comfortable position for the creatures are quick moving and sometimes elusive. 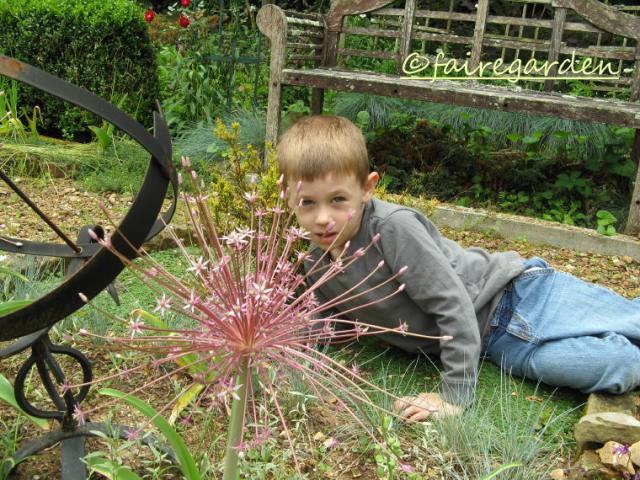 So it was on a somewhat chilly, early May morning that the bees visiting the Allium schubertii were flying slowly enough to be studied at length by reclining humans.

The timing of the visit was especially fortuitous since just the day before daughter Semi,her son LTB and I had been to a plant and craft sale where we saw a woman selling home grown honey. She had a display of the hive with some honeycomb bits and the process of collecting the sweet goo was illustrated well on a posterboard. LTB was fascinated and asked several questions about the whole thing. “How do you get the honey out of the bees?”, he asked.

It was explained that rather than like milking a cow, the honey was collected after the bees had deposited it, but I am no expert on this and neither is Semi. We may have done a poor job of describing how this happens, for we really don’t know ourselves, but stressed the important point that honey comes from bees. That was enough to pique his interest and to plant the seed of excitement when he noticed the bees on the flowers in the knot garden the next day. 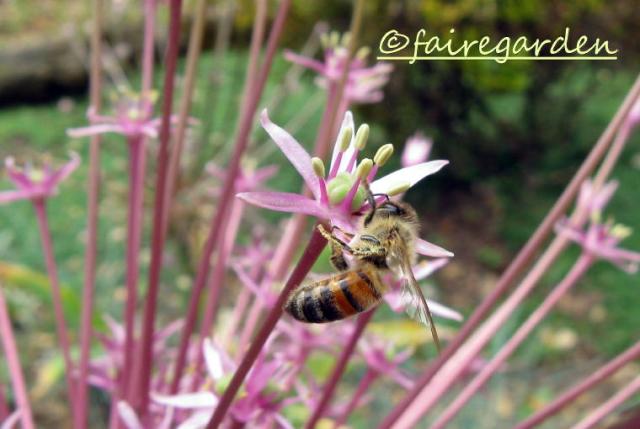 I had not noticed the insects, focusing the camera on him sitting in various locations in the garden. The identification of these pollinators as honeybees is merely a guess, but that presented itself as a teaching moment relating to the honey seen the day before.

There was a discussion about how at the same time the bee was drinking nectar from which honey would be manufactured in his body, pollen was being collected in bags on his legs to help seed formation for the flowers. LTB knew about pollen from watching The Bee Movie with Jerry Seinfeld. He liked the name Pollen Jockeys, and so do I.

After some time had passed, class was dismissed and we continued around the garden, with an eye out for photo ops. 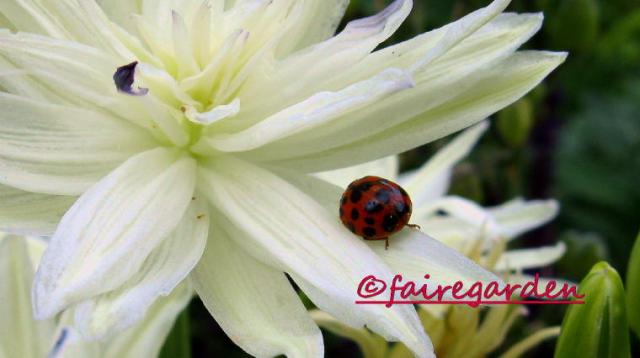 Ah, look at this!

This entry was posted in wildlife. Bookmark the permalink.

17 Responses to Let There Bee Lessons