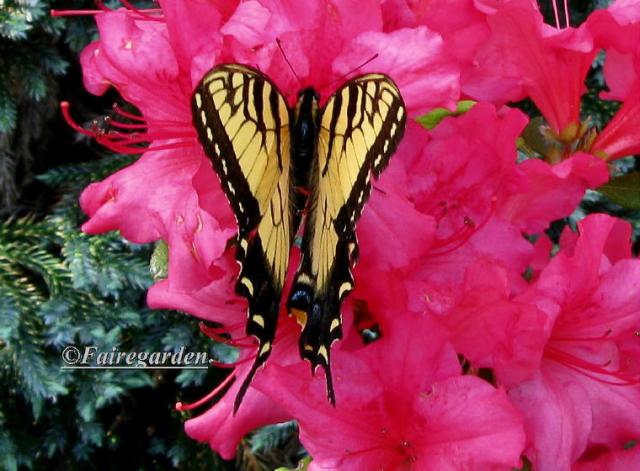 It never gets old. Even though it happens every year when there are flowers aplenty, when there are baby birds that need to be fed fresh caterpillars every few minutes to squelch their squawking, the first sighting of the returning resident critters of the Fairegarden causes us to squeal with delight and run for the camera. 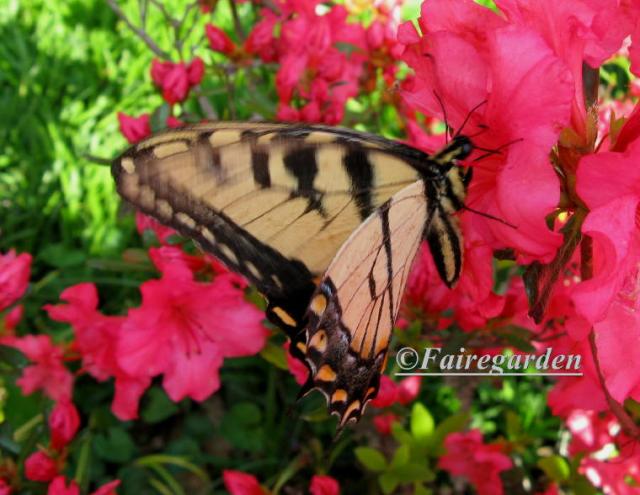 These early butterflies, the Eastern tiger swallowtail in particular are flitting madly from flower to flower. They seldom rest and sip as they do later in the season, allowing for the human to creep up close and click the shutter at just the right moment. 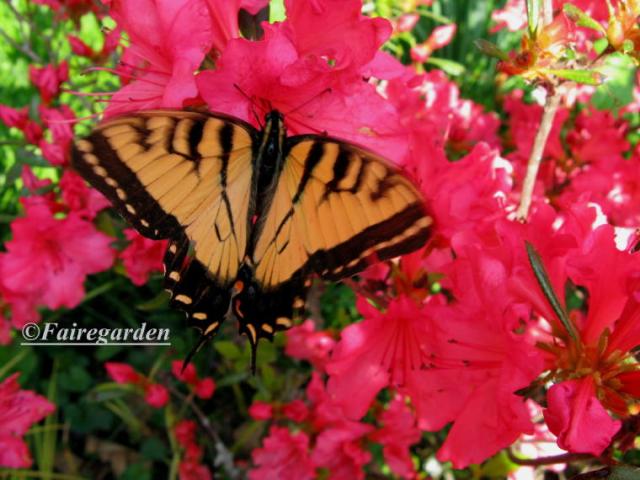 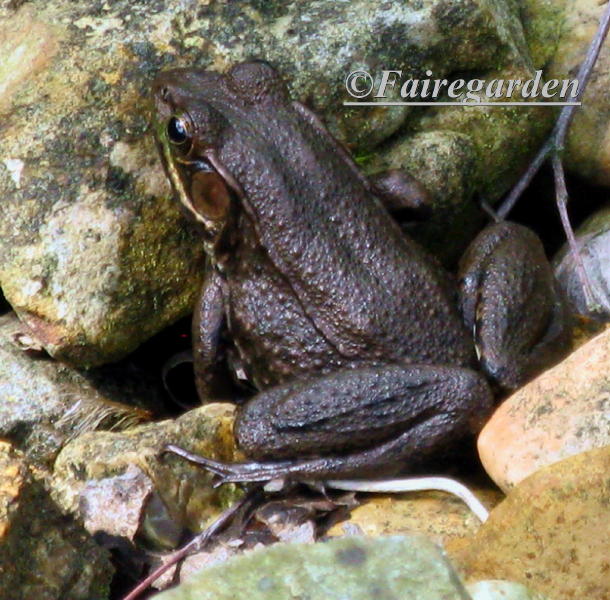 The first critter spotted and recorded for 2012 was the frog in the pond, written about here and again here. He is growing more bold as he is growing larger. He sometimes moves over to the sunnier rocks to gaze upon the water and snooze. His toes amaze me, I have a foot fetish. That might explain the attraction to shoes. 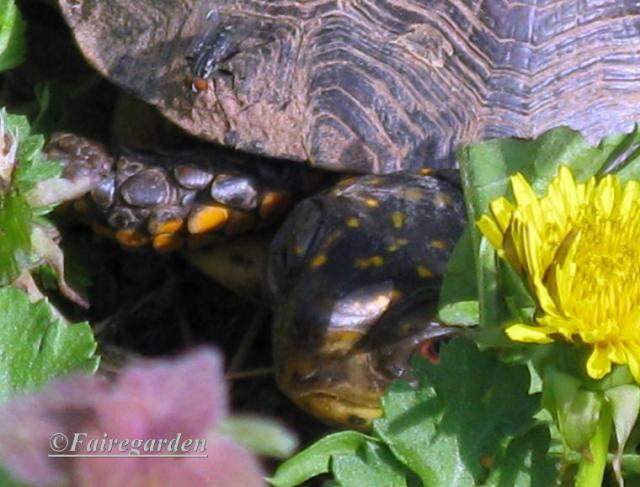 The warm weather has awoken the Eastern box turtles. Bits of mud are still showing on their shells. During the cold months, these turtles dig themselves down underground to wait out the winter. Seeing them out and about must mean spring is really here. I recognize this one from last year, she lazed around and in the pond until the very last minute before the cold settled in. I was even a little worried about her, but needlessly, it seems. 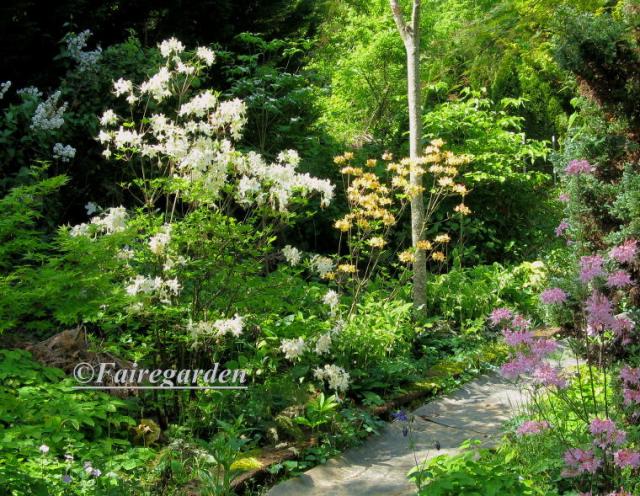 There are more photos taken of the garden during April than in any other month. Hundreds turn into thousands, but most are discarded. So much is happening, many things are blooming, all at once rather than nice and easy as would be more relaxing. It is frenetically fabulous and I don’t want to miss a moment of it. Over in the far corner, what we call the Wildflower Corner, several deciduous azaleas are in bloom. I try standing in all sorts of spots to get the most impact in one shot. The pathway is lined with leftover rubber pond liner to try to stymy the weeds. At least it is black and doesn’t jump out to hog the image. 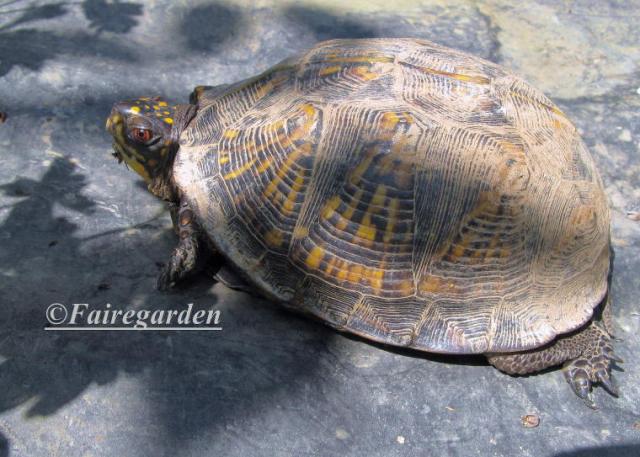 Sometimes it pays to take our eyes off the viewfinder and look around. A ways up the rubber lined path was someone crossing the road, still covered in mud. Another turtle, this one a larger female, is headed into the blooming columbine shadows. Life is good, especially when there is wildlife with which to share it.

***
There are several turtles here, all Eastern box, with several posts written about them. So many posts that a page was created for them that can be seen here, listed on the sidebar.

This entry was posted in wildlife. Bookmark the permalink.

18 Responses to They’re Back!