Posted on February 4, 2009 by fairegarden

Under the category of Seasonal Chores there is a favorite among the tasks on the list. On a recent warm, over 60F day we tackled this duty, felcos in hand. The hellebores are showing color in their buds and new leaves are unfurling. In order to best appreciate these late winter bloomers the old ratty tatty leaves need to be removed. In the photo above, taken March 28, 2008, the clumps of Helleborus orientalis are looking their best, sans old leaves. Also blooming were daffodils, grape hyacinths and the spot of red is flowering quince, Chaenomeles speciosa.

This photo shows both the new leaves and bud stalks in the center of the plant and the older huge darkened foliage that needs to be removed. It is not difficult but does require crawling and crouching on hands and bended knee.

Here is the after shot with the buds cleansed of the distracting unecessary older leaves. Even temperatures into the teens and colder will not damage the fresh newer growth, amazing as that may seem. 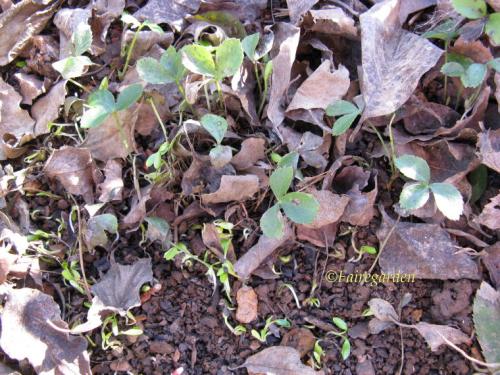 Once the giant leaves are removed, the infants, toddlers, tweens and semi adults are exposed to the light.

On the left is an open bloom from offspring Semi’s garden. On the right is the farthest along bud in the Fairegarden. 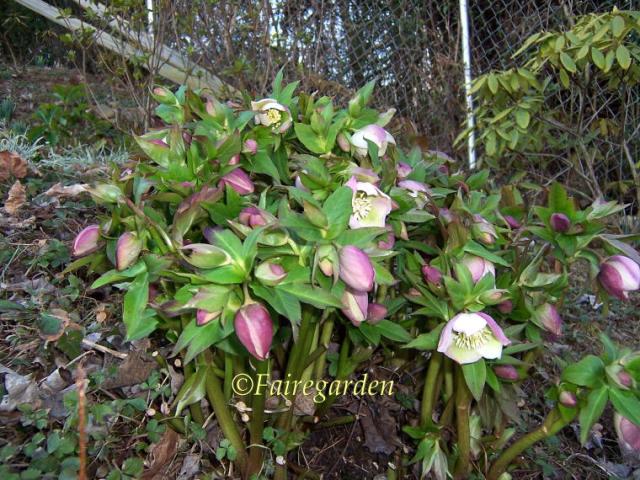 This clump, photo taken February 23, 2007 shows the neater look as the hellebore begins its display that will last well into May here in southeast Tennessee. The rhodie in the upper right corner was a casualty of the drought of the last two years. 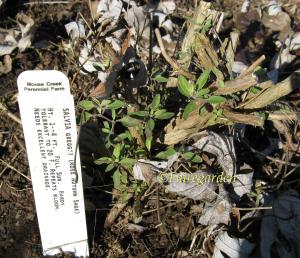 Since it was such a nice day and who knows what the next week’s weather will bring (it is snowing as this is being written), some other late winter pruning jobs were crossed off the job list. The Salvia greggiis were taken down to just a few inches and the roses were given a haircut as well. 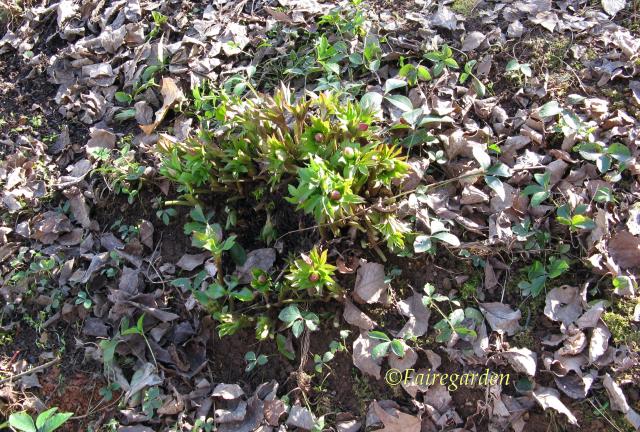 This is the oldest and largest hellebore that grows here. It was brought with us in the move from Texas to Tennessee and is the mother of many if not most of the our hellebore tribe. Groups of seedlings can be seen surrounding her. Two more hellebores were purchased and planted that same year, 2000, a darker red and a white to join the pink of the one we call Big Mama. 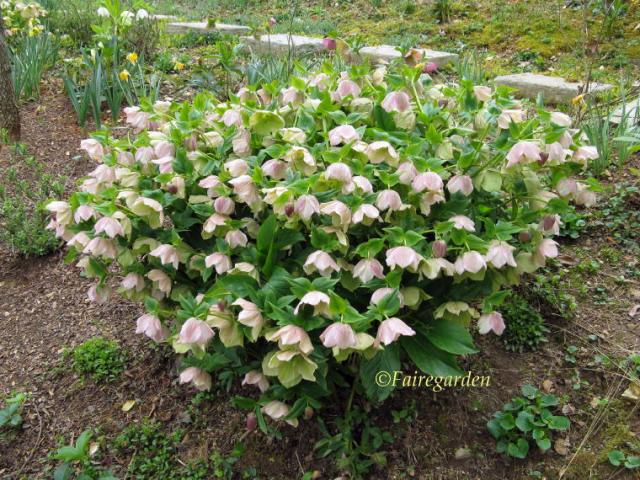 ~~~
A post was written about this seasonal chore last year also. You can read that if you are interested by clicking here. Funny thing, after reading the post from last year, it is much more interesting than this one in my opinion. No explanation offered. Or maybe I just can’t tell the same story twice.

This entry was posted in How To, Seasonal Chores. Bookmark the permalink.

44 Responses to Cutting The Hellebores-2009 Edition